Blurb:
North Jamenson has always held his wolf closer to the surface then others. He’s the quiet one, the one no one really knows about yet he holds the darkest secret. He’s watched his brothers find their mates and start families, and now it was his turn. He knows Lexi could be his and her son could be part of his family, but he doesn’t know if he’s ready to share the darkness that’s entwined with his soul.

Lexi Anderson is a mother, a sister, a latent wolf, and a new member of the Redwood Pack. She’s also holding secrets so close to her heart she’s not even sure she knows the truth anymore. When North takes another step closer to wanting to cement their bond, Lexi must come to grips with her past and what it means for her future. The Centrals’ war isn’t over yet and Lexi’s life is on the line as the paths they’ve chosen takes a drastic turn.

“Where is he?” Lexi said from behind him, and he spun around on his heel.
It looked as if she’d run straight to the triad’s home. She wasn’t breathless because she was a wolf and could run farther than she probably had if necessary, but the slight panicked look in her eyes made North want to bring her into his arms.
Fuck it.
He stalked toward her and gripped her chin, forcing her gaze to his. She let out a little gasp, and her eyes darkened. The pressure of his hand wasn’t gentle, but neither was it too hard. His wolf liked the fact that Lexi seemed to almost get off on the touch.
He shelved that thought for a later time.
“He’s fine,” he said, his voice gruff. “Hannah is Healing him now. Calm.” He’d lowered his face to hers and whispered that last part so not even the wolves in the room with the exceptional hearing could hear him.
Lexi stiffened for just a moment at his order then relaxed into him as if her body needed his words to calm.
At least that’s what he’d like to think.
He honestly didn’t know her well enough to figure out what her actions meant.
At least not yet.
“You can let go now,” she said, her voice carefully devoid of emotion.
About The Author 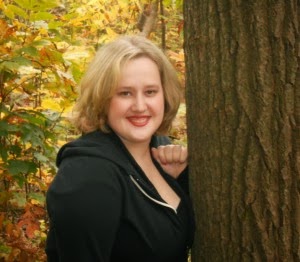 USA Today Bestselling Author Carrie Ann Ryan never thought she’d be a writer. Not really. No, she loved math and science and even went on to graduate school in chemistry. Yes, she read as a kid and devoured teen fiction and Harry Potter, but it wasn’t until someone handed her a romance book in her late teens that she realized that there was something out there just for her. When another author suggested she use the voices in her head for good and not evil, The Redwood Pack and all her other stories were born.
Carrie Ann is a bestselling author of over twenty novels and novellas and has so much more on her mind (and on her spreadsheets *grins*) that she isn’t planning on giving up her dream anytime soon.
Carrie Ann loves hearing from readers. Visit the links to the left to contact her.
Website
Blog
Facebook
Twitter
Goodreads
Pinterest
Newsletter
Email