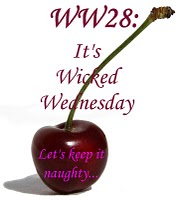 In How to Marry a Millionaire Vampire—
What will the harem do?

They need a new master! Where can a bunch of beautiful vampy women find a man who’s rich, sexy, and undead? On a reality show, of course! Introducing the Digital Vampire Network’s hottest new show of the season—The Sexiest Man on Earth. Fifteen gorgeous men from around the world will compete for the title Sexiest Man on Earth and vie for the affections of five beautiful women.
Darcy Newhart is a television reporter who stumbled onto the world’s most carefully kept secret—the existence of vampires! As a result, she has been locked away in Roman Draganesti’s harem for four long years. She longs for freedom and the chance to resume her career in television. When she’s offered the job as director of the new vampire reality show, she jumps at the opportunity. She asks her dear friend, Gregori, to be the host. She even plans some wild and wicked surprises. Why not make vampire men compete with mortal men for the title of Sexiest Man on Earth?
But there’s a surprise even Darcy doesn’t know about.
Two of the mortal men on the show are undercover operatives from the CIA Stake-Out team. And one of those men is a perfect match for Darcy’s vision of the Sexiest Man on Earth.
Vamps and the City also features your favorites characters from How to Marry a Millionaire Vampire—Roman, Shanna, Connor, Laszlo, Ian, Gregori and more!
———————————————————————-